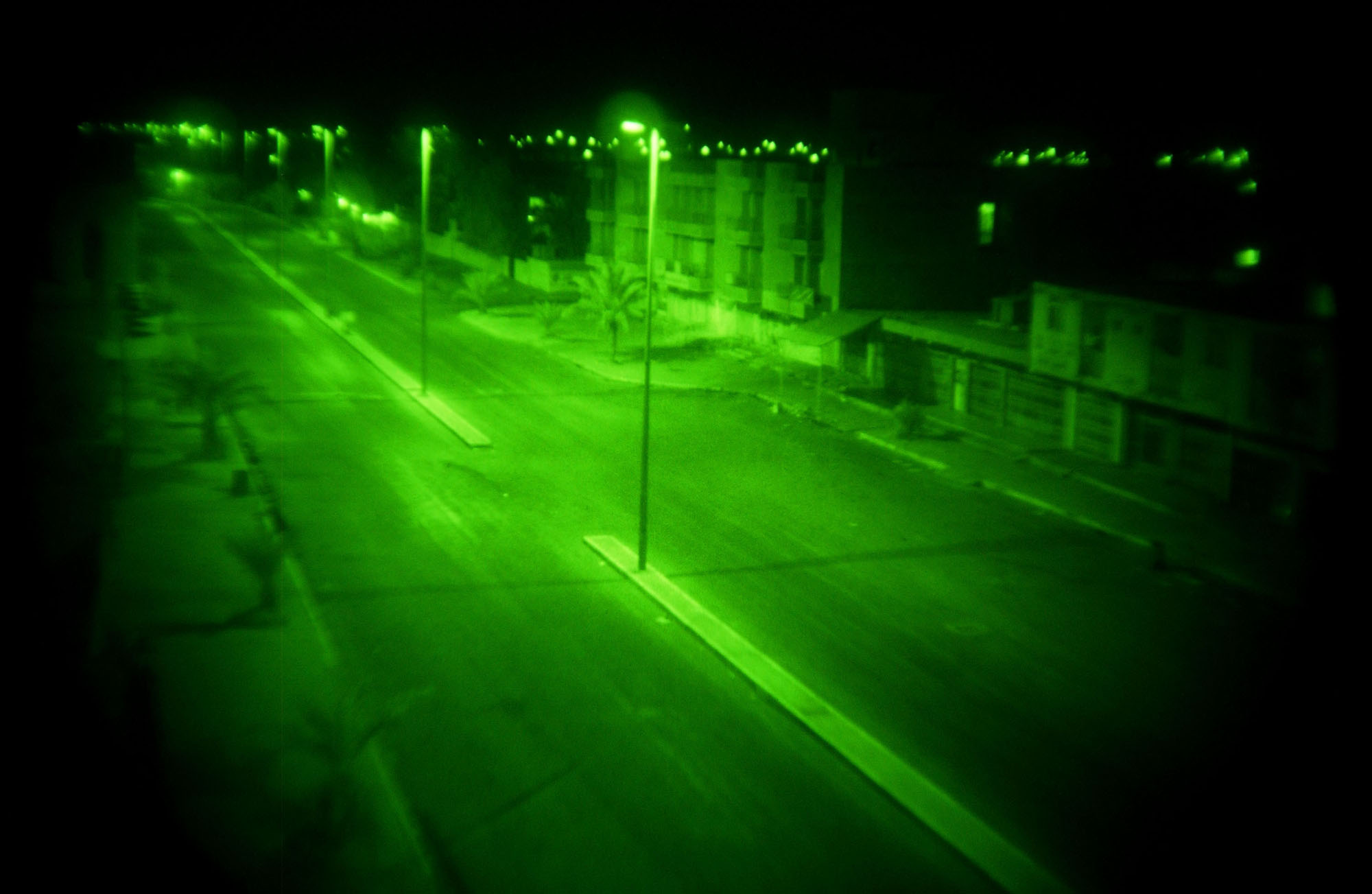 During my embeds I was able to use U.S. military-issue night vision goggles, firmly attached to my camera by means of duct tape, dental floss, and occasionally, chewing gum, to make images that reveal a more menacing nocturnal version of Iraqʼs abandoned streets, cowering civilians, and anxious soldiers.

As with the window photographs, these night vision images were made through a barrier, a technology that allows only a few to pierce the darkness of the Iraqi night. Unlike "Windows," however, this perspective is more intimate. As soldiers weave through the houses and bedrooms of civilians during the nighttime military raids, they encounter the faces of the suspect and the innocent. The urgency and anxiety among these soldiers were as palpable as the terror in the faces of the Iraqi civilians.

With these two series, I aimed to create an “aesthetic bridge” that circumvented the usual depiction of the war, and surmounted public apathy to conventional news imagery. I hope that viewers are compelled to question the meaning of these devastating events and their long-lasting effects on Americans and Iraqis.

More often than not, the rest of Iraq, like the rest of us, are left in the dark, but I hope that these images provide the viewer with momentary illumination about the fear and desperation that is war.